As each participant arrived for the meeting, he or she was handed a letter to read and a questionnaire to fill out. The gist of the letter was to inform everyone of the new OHIP ruling -- a physician can no longer administer botulinum toxin on an individual patient at intervals of less than ten (10) weeks. Consequently, if a patient has to have the toxin administered, say, at six (6) or eight (8) week intervals, OHIP will not cover the cost. 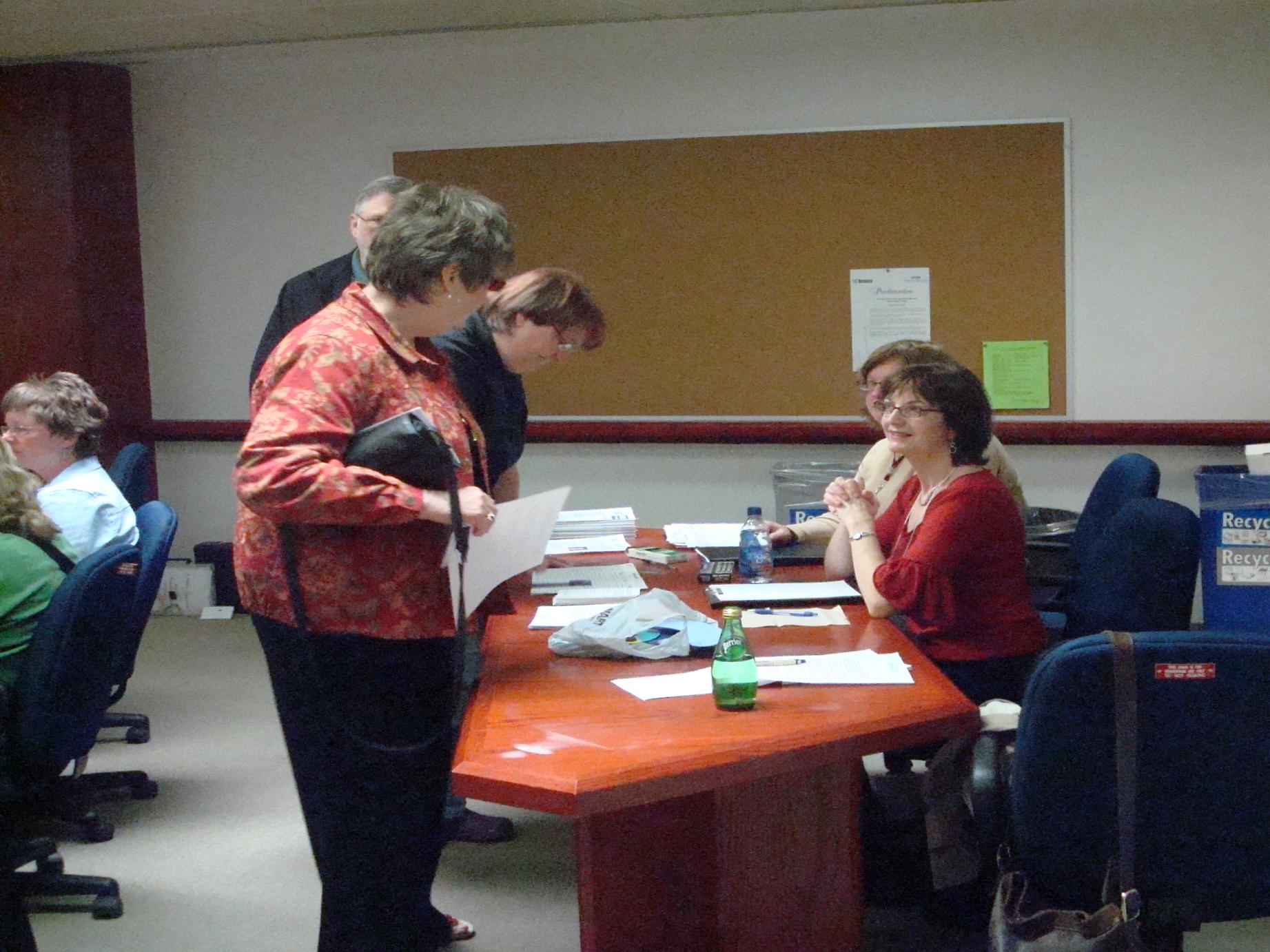 Registering - Do You Have Your Letter?

The majority of patients who attended the meeting voiced their disapproval of the change. They claimed that this would mean that they would be subject to spasms and discomfort much earlier in their cycle than in the past. This was clearly evident in the reply cards that were filled out.

The chairperson for the meeting, Dominic Macri presented the outline of a plan to hopefully influence this decision. The letter and questionnaire would be sent out to those patients in Ontario who could not attend the Spring meeting. The results of the survey will be presented to the provincial government along with a study sponsored by the Foundation and presented to the American Academy of Ophthalmologist. Details of this study have been summarized in earlier newsletters.

The results of the study by Dr. Harmeet Gill, suggest that approximately one third of BEB patients require injections of botulinum toxin on a six to eight week interval. This adds up to one additional treatment per year to bring the interval from ten (10) weeks to eight (8) weeks. The additional treatment, as a matter of fact, would not even cause a minor ripple in OHIP's annual budget of about $40 billion.

The Foundation has since learned that the Ontario Medical Association (OMA) tends to appeal this ruling. Therefore, the BEBCRF plans to petition the Government by asking for a meeting with the Provincial Minister of Health and Long-term Care. At that meeting we would present an analysis of the returned patient questionnaires, along with Dr. Gill's published study and, extrapolate the financial implications. It is our hope that this action will serve to speed up the decision process within OHIP. 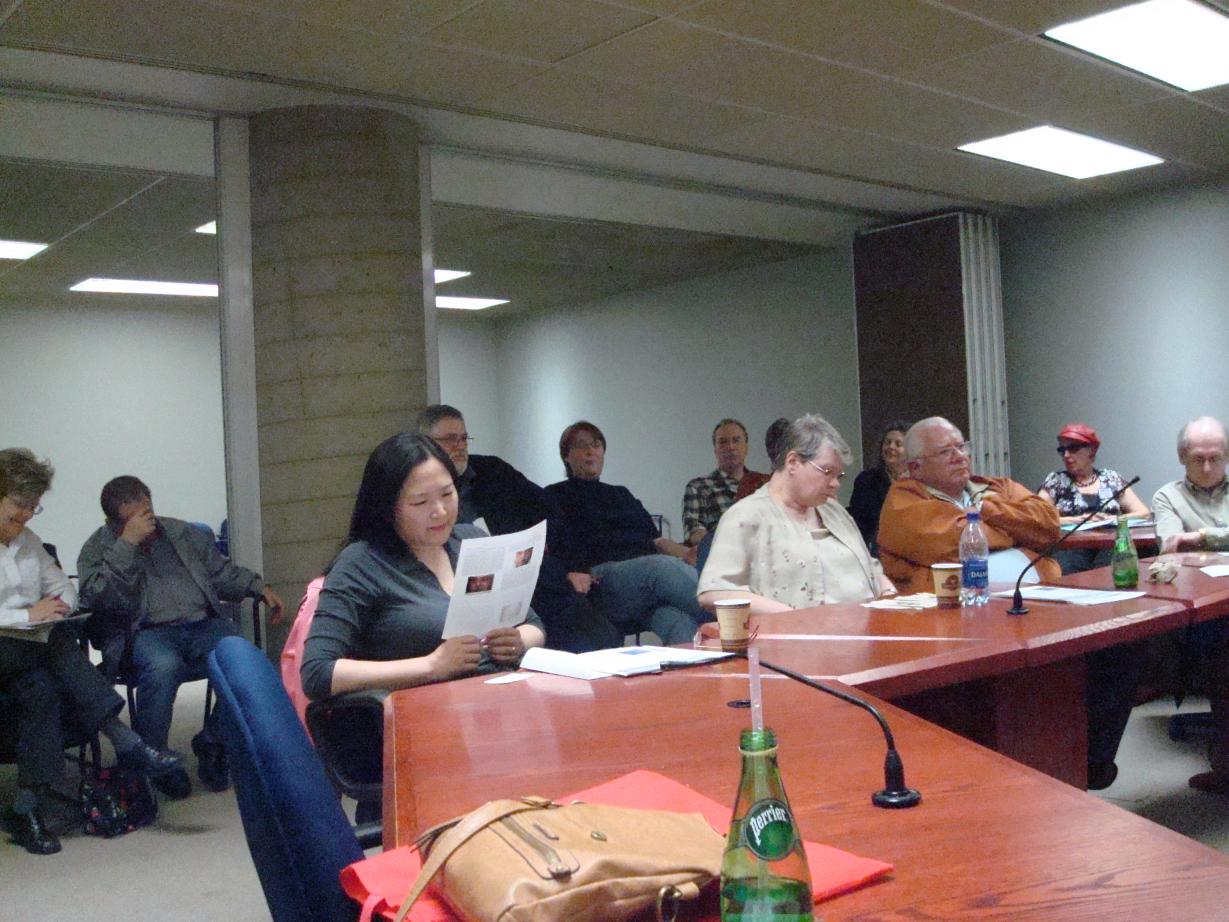 Once again, Mayor David Miller, declared May 24th through May 30th as BEB Awareness Week. The Executive unveiled their plans for the week and asked for suggestions from the members at the meeting. The primary goal of this activity is to raise awareness among the general public. The Executive wrote letters to various media outlets soliciting radio and TV time. If successful, then a patient and the doctor would be selected for the possible interview(s).

In addition, it was learned that all of the hospitals in the Greater Toronto Area (GTA) have internal newspapers as well as an internal display systems for both the general public and internal staff. Both the Trillium Health Centre and the Credit View Hospital granted the Foundation access to their monitor systems. To this end, the Executive prepared a PowerPoint presentation explaining, the symptoms of BEB and advising all viewers where they could go for more information on BEB, Meige and Hemifacial Spasm.

A patient asked how they could help in all of this. The response was they could leave brochures with people they felt should know about their condition and solicit a donation from a family member(s) and friend(s) other than themselves. In turn, these donations would help the Executive continue and expand their plan for awareness.

Andrea Martin, responsible for the Foundation's public relations, asked all those attending the meeting for their input as to how we may increase awareness and if they were willing to volunteer in furthering the Executive's initiative. In response to her plea several good suggestions were put forth.

Bruce Goodhue, who came in with his wife, Michelle, from London, stated that when the local Dystonia group had their awareness week, Union Gas would display this fact on their sign outside of the building. In other words, we should solicit the help of local businesses to make everyone aware of our big week. 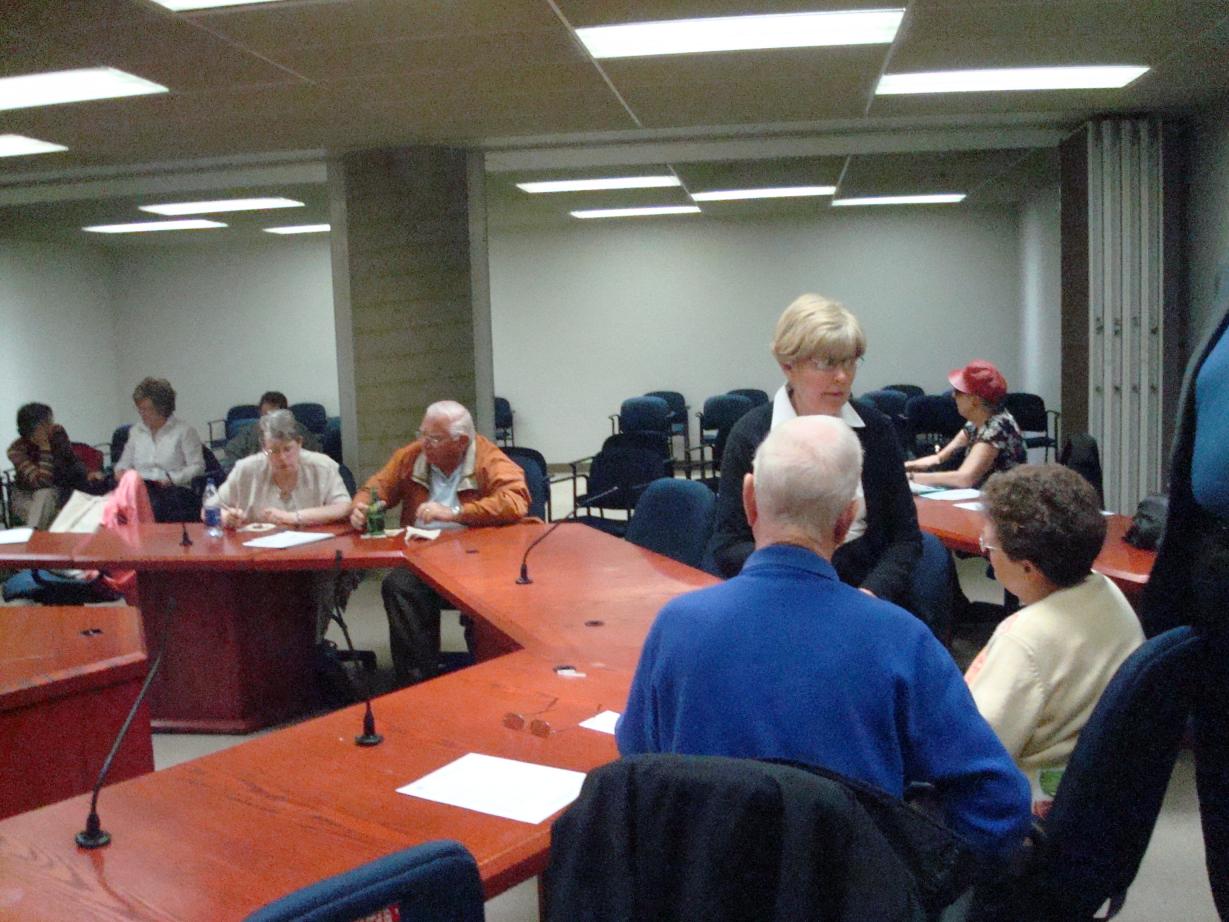 This in turn prompted the suggestion that perhaps we could use the facilities of the Toronto Transit Commission (TTC). The TTC has monitors located in the various subway stations showing the current news and weather information. Often times, they have information concerning various events taking place within the GTA. It was suggested that we contact the TTC and ask that they display the fact that May 24 through the 30th was BEB Awareness Week along with our WEB Site address.

Someone suggested that we take advantage of the City's website. Andrea stated that we were already listed on the City's website. Another suggestion was to use Facebook. It was felt that perhaps the grandchildren could be coaxed to spread the word about blepharospasm on Facebook. At the very least, that Facebook could be used to link to our website. A patient who was a Facebook user offered to do this for us.

Kathy Clulow stated that her business website often listed and/or had links to websites of her favorite charities. She and her husband, Barry, offered to do the same with the Foundation's website.

There were many other good suggestions put forth and noted. Your Executive will act on as many of these as possible.

At the meeting, Andrea Martin met Kellie Hudson, whose sister has Hemifacial Spasm. Kellie is a journalist and offered to help us write press releases for BEB Awareness Week. Jennifer Sutton, a teacher, who is unable to work because of BEB, said she was willing to be interviewed during the BEB Awareness Week.

Kellie helped your Executive prepare a Press Release announcing the proclamation of the BEB Awareness Week along with a Public Service Announcement explaining the difficulty that Jennifer Sutton was experiencing with her BEB. These two documents were faxed to about 60 community newspapers; mainly in the GTA and such neighbouring cities as Ottawa, Guelph and Hamilton.

Barbara Worral Speaking with Kellie and her Sister.

Kellie Hudson sent a press release to Canadian Broadcasting Corporation. Jennifer Sutton was contacted by CBC Radio One (Metro Morning), and they expressed an interest in interviewing her. Unfortunately, other news events, took precedent over Jennifer's interview that week.

An ad, designed by Andrea, was placed in the free daily newspaper, Metro News, on the Tuesday and Friday of BEB Awareness Week. The ad, which cost us some money, was placed in the Health and Beauty section of the paper. The response, as attested by the numerous calls of enquiry, was quite surprising, and, did result in some new members. A lot of literature was mailed out in response to the enquiries.

The letter explaining the OHIP question and the corresponding reply cards were sent out to those Ontario members who could not attend the Support Group meeting. There were approximately 250 cards and letters mailed out. The response to the mailing was good, and the results have been tabulated. Your Executive is currently asking for a meeting with the appropriate people in charge of Health and Long-term care in the Province. As soon as a date and time have been established you will be updated.